How did you go from being a programmer from Jerusalem to being the Chairman of a leading renewable energy company?

I started down this path while getting my degree in physics, math, and computer science in Jerusalem, in the Amirim program for gifted students. I actually thought I’d be a physicist, but the degree at The Hebrew University is very technical, and I was less than enchanted by it. Afterward, I worked at a company that grew very quickly but also closed rapidly during the dot.com crisis. So, I decided to strike out as an entrepreneur. I founded a company, similar to  Wolt, just in 2000, way before its time.

While working on my MBA, I learned about renewable energy. As part of a consulting project for my degree, there was a group that presented a work for Be’er Sheva Municipality about solar roofs with a 15% return on investment. I went to research what the electric company’s bonds were being traded for and saw a return of 2.2%,  a huge difference. Then I decided that I would enter this field. I understood that it’s a new field and everyone needs to learn, and I knew I had an advantage there.”

The renewable energy arena is the mezzanine, between low-tech and high-tech. No low-tech company can grow at our pace, but on the other hand, I’m less scalable than high-tech, I don’t have a software that millions of people can download. The relationship with investors is important but ensuring that the company progresses is more important. There are lots of ways to fail in a renewable energy project, but success only comes to those with a high level of expertise. It is always important to be ahead of the trend, like, for example, when we brought solar systems on floating surfaces to Israel, as well as solar reservoirs. In both of these cases, we were pioneers and that helped us capture significant market share in a very profitable market.

How do you explain that many technology companies are in the red, (in financial markets) while green energy companies are on an upward trend? Are investors really looking for environmental value in investment?

As opposed to rapid growth in high-tech, I need to invest billions in infrastructures and projects. But as soon as the investment has been made, there is hedging on the value of the shares. I will no longer go below the economic value of my projects. I think that the story of ESG is an event we need to pay attention to. Additionally, in light of what’s going on in Ukraine, people have understood that renewable energy means freedom.

Will the climate crisis usher in the golden age for renewable energies?

For me, the climate crisis has not crossed the threshold of scientific certainty. In the Middle Ages, it was significantly warmer than today, and during the Little Ice Age, it was much colder here. In this world, if you want to have an impact, you need to abstain from symbolism and need to work on the fine details. The story of the climate crisis, as I see it, is filled with pathos and symbolism, it’s not a work plan.

Do you expect a growth of entrepreneurs in Israel in the renewable energy field?

On the one hand, the environment in Israel is burning. You can look at the connection rate of renewable energy systems. Up until 2017, our annual connection rate was 70 megawatts. In 2017, we started to feel the revolution when Dr. Assaf Eilat, the Chairman of the Electricity Authority, stepped into the position. Then we shifted to a rate of 400 megawatts a year, and this year we are surpassing 1,000 megawatts. The revolution led many players to jump on the bandwagon. On the other hand, I think that the Israeli market today is crowded with 12 publicly traded companies, so I believe that small companies will merge with the big ones.

I believe that there is always room for entrepreneurs, and I myself, miss the days that I was a lightweight entrepreneur, who could bring a new idea and start from scratch. Today I sit on an aircraft carrier; 150 employees, NIS 3 billion value, 7 countries, a packed schedule. I can think of 5-6 niches that are waiting for entrepreneurs to come and push them forward.

What advice do you have for an Israeli entrepreneur just getting started?

I have three golden tips. First of all – always learn and be the most updated. Second, work hard. The difference between someone who gives 50% and someone who gives 100% isn’t linear, in the long term, working very hard pays off. My third bit of advice, find good people to join forces with you. You need teamwork. People with a skill set who can compel you in areas where you’re not as strong. Start a family and enjoy the ride.

BrandVoice is the marketing content brand of Forbes Israel 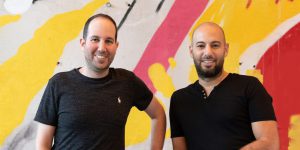 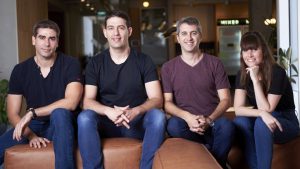 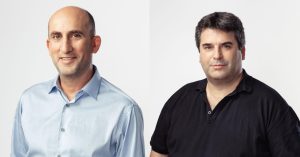