Primary goals: armed conflict against Israel, establishment of the Islamic-Shiite state in Lebanon. Implementation of the Iranian “Shiite Crescent” program.

Area of activity: mainly Lebanon and Syria. Also active in Iraq and Yemen.

Strength: tens of thousands of supporters and members all over the world, 30,000 active fighters and about 20,000 reservists. 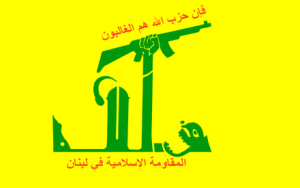 Zarif, Iranian minister of foreign affairs, mingled with the dignitaries like a groom on his wedding day. From the look on his face it was clear that he was well aware of the enormity of the achievement. Within the hour, residents of the Iranian capital began to flow out into the streets, proudly waving their country’s flag. It is likely that they were not celebrating the diplomatic achievement, but rather looking forward to the expected lifting of economic sanctions and its implications of their economy. The sigh of relief could be heard from Tehran to Beirut.

1,500 km away, the leader of Hezbollah, Hassan Nasrallah, probably sat in a reinforced bunker, thrilled. He knew with utmost certainty that the signing of the agreement would have no negative influence on Iran’s unconditional support of his organization – quite the opposite. He had probably already begun to calculate his cut of the $100 billion expected to flow into the treasury of the Shiite state immediately following the lifting of the heavy sanctions.

Oil in the Service of Terror

Nasrallah did not have to wait long: just 6 months after the signing of the agreement, the IAEA (International Atomic Energy Agency) announced that Iran was living up to all of the commitments imposed on them in the agreement with the world powers. A short while later, the Iranian government’s assets, valued at tens of billions of dollars, were unfrozen, the banks were reconnected to the international clearing system and a steady stream of leaders, entourages, and heads of multi-national corporations began to visit government offices.

The export of oil, responsible for approximately 80% of the country’s income, climbed quickly, dozens of oil tankers returned to the Strait of Hormuz (this time in order to deliver oily and not as a futile Iranian threat in response to the imposition of sanctions). In less than a year, the export returned to its former capacity – as though the sanctions had never happened.

Other than the Iranian Government and its people, there is no doubt who is the primary beneficiary of the nuclear agreement. Within a few years, Hezbollah’s budget jumped significantly with the government expenditure out of Tehran, and if in the past they received about $200 million per year, today the Iranian funding of the Lebanese terror group, according to estimates by the security establishment, is evaluated at $800 million dollars annually. “It is important to remember that the Iranian support of Hezbollah is not solely financial but is primarily military, including a complete system of tens of thousands of missiles and rockets, as well as military and intelligence equipment,” emphasized Major General (Res.) Amos Gilad when interviewed. “The money value of the Iranian military financing of Hezbollah is enormous and is worth billions of dollars more.”

Meanwhile, the huge sums of money invested in terror organizations each year illustrate its great importance in the implementation of Iran’s strategic plan to strengthen its hold on the Middle East. The job that the Tehran administration imposed on Hezbollah, was transplanted from the familiar landscape of the crowded alleys of Beirut to the Ba’albek valleys of the east. Hezbollah is no longer a local militia but rather one long important, executive arm of the octopus sent by Tehran and reaching from Syria, through Iraq, and all the way to Yemen. “This is an organized Iranian strategy and Hezbollah is a key player,” says Gilad.

With big money comes influence and the “price” its recipients are required to pay. Since 2013 the leaders of Hezbollah have sent some 9,000 people, about a third of their total manpower, into Syria with the aim of fighting alongside Assad’s regime, Iran’s pious ally. According to the Washington Institute for Middle East Research, the current death toll for Hezbollah stands at around 1,600 fighters killed in the battles in Syria and another 5,000 injured. This is a heavy price for the Shiite terror group to pay, that comes with an additional price in the internal Lebanese political arena.

But despite the large sums of money flowing from Tehran, the extremist Shiite organization did not always enjoy such wide financial support and there were times in the not-too-distant past in which, as a result of urgent liquidity problems, they made do with just hundreds of millions. Because of this, Hezbollah made sure to vary its sources of capital; from raising money and support collected by organizations camouflaged as charities and scattered all over the world (such as “Authority for Resistance Aid” and “The Shahid Foundation,” belonging to the organization, as well as charity societies not explicitly linked to Hezbollah) down to real estate dealings and “used car” dealerships run by private business people.

Hezbollah and the Drug Industry

The crowning glory of Hezbollah’s business portfolio is its hold on the global drug industry. The organization’s worldwide crime operation extends from South America, through Africa, Europe, the Far East, Australia and the Middle East. Among their various activities, there are active Hezbollah cells engaged in constant money laundering, forgery, weapons trade, smuggling, and of course producing and trading drugs, primarily heroin and cocaine.

Despite sweeping denial by the leaders of the religious extremist organization, officials from the American Drug Enforcement Administration (DEA) have in the past demonstrated conclusive evidence linking the drug organizations active at the Triple Frontier (Argentina-Brazil-Paraguay) with extremist Muslim organizations and Hezbollah in particular. Its involvement in the drug industry of South America began in the early 1980s and has gained significant momentum over the last decade; through use of the large Shiite-Lebanese diaspora and close collaboration with South American cartels and drug organizations as well as crime and terror organizations in North Africa, a global-narcotic network has been created, netting billions of dollars a year. Among those enjoying the spoils is Hezbollah.

Over the years, Hezbollah has sunk deeper into the global drug industry and has become more established, professional and efficient – and what had been a relatively negligible source of income has grown to such huge proportions that today the total income generated by the organization’s global-narcotic operations comes to hundreds of millions of dollars yearly.

It is important to remember that just a few years ago, experts estimated that the severe sanctions and depletion of the Iranian government’s sources of capital would push the heads of Hezbollah to develop alternative funding sources, primarily in the drug trade which, at the time, constituted about half of the organization’s total income. The immediate implications of this for the “money managers” and executives were supposed to be a great deal of difficult and dangerous work. The resources that the organization employs in order to generate income in the narcotic industry are tremendous. One can see an example of this in the arrest of a Lebanese-Belgian businessman in March 2017, who, in the service of Hezbollah, operated a sophisticated network of companies in Africa and the Middle East. The income from these companies that traded secretly with American companies brought the organization profits of tens of millions of dollars and constituted an ideal platform for their money laundering. This income stream was abruptly interrupted by the global efforts in the war against terror organizations on the financial level, as one senior official from the US treasury department reported.

But despite some specific successes, it would seem that this important financial war on the terror organizations has managed to prevent only a small portion of these tremendous income streams flowing from countries to terror organizations. “Despite economic warfare, the world has not activated enough international mechanisms to stop this and to cut off contact between countries and terror organizations,” Major-General Herzi Halevi firmly maintains. And indeed today, thanks to Iran’s major funding, Hezbollah is able to exert much less effort for every dollar it makes. The financial hug afforded by the Persian regime allows them to focus their efforts more efficiently, and buys them peace of mind in the financial arena as well as room to maneuver in order to maximize their means. This important fact constitutes another argument for those who oppose the agreement; that its signing effectively released the stranglehold from around the necks of not just Iran, but also its allies and beneficiaries throughout the Middle East.