The Richest Terror Organizations: #2 – The Taliban

Primary goals: establishment of an Islamic State in Afghanistan

Area of activity: Afghanistan and Pakistan.

Strength: tens of thousands of supporters and members mostly in Afghanistan and Pakistan. 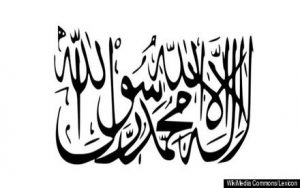 According to statements by Western intelligence personnel who were planted deep in the Afghani swamp, the Taliban underwent the most impressive military and organizational recovery recorded in modern history. The fundamentalist Pashtun organization (the largest ethnic group in Afghanistan), which after the American invasion in 2001 seemed crushed and defeated, ultimately stayed afloat and slowly began to rebuild power while leading the uprising against the United States and NATO forces in the country.

At the end of 2015, the UN warned of the Taliban’s growing strength and that its presence and hold in the country’s territories was “the strongest it has been since 2001.” The warning was accompanied by a special directive to the task force in Afghanistan to immediately evacuate 4 (out of 13) provinces due to Taliban strengthening in these areas. Security experts estimated the danger levels in half of the country’s regions – in light of the deteriorating security situation – to be “high” or “severe”.

Today, two years later, the situation is quickly deteriorating into anarchic chaos. Terror attacks are becoming more frequent and more deadly, the number of victims increases drastically each year, and the terror organization has strengthened its local hold and influence. During these years the Taliban has resumed its status as the most influential power in the region and managed to significantly increase its terrorist activity while taking hold of more land. Last year, for instance, the Afghani security forces lost control of 5% of the country’s total territory while the deadly terror group now has control or direct influence over about 40% of the entire country, primarily in the southern regions.

The Taliban organization and its different branches was responsible for the deadliest terror attacks in the world this year, including the explosion of a truck near the German embassy in Kabul that killed 150 people and injured over 160 as well as the direct planning and execution of a combined attack against the Afghani military in which 256 soldiers were killed and 160 injured. The Pashtun terror organization, as proven by their merciless acts in the recent past, will use any means and, in addition to fatal attacks on schools that claimed the lives of hundreds of innocent children and youth, has unleashed a series of deadly attacks on symbols of the Afghani government and military forces, whose primary goal was declared to be to destabilize the country’s regime and increase the feeling of chaos and demoralization among local security forces. According to many experts, the organization has been greatly successful in this aim.

Unfortunately, the Taliban’s success in recent years can also be measured financially. Taliban runs a financial mechanism similar to that of ISIS (until recently) – the broader the territory they seize and the greater the population under their control, the more resources and potential revenue streams they have to convert into huge amounts of money. The Taliban’s primary source of income today, Amassing to hundreds of millions of dollars each year, comes from the production and trade of drugs (mainly growing opium and manufacturing heroin). After that (in order of decreasing importance) the organization makes hundreds of millions from the pirate mining of natural resources within the regions under its control, collecting ransom for hostages and, finally, from donations.

As mentioned previously, the foremost source of capital for the Jihadist organization relies on the extensive narcotic network, built and refined over the years. This made Afghanistan into the biggest heroin production and growing operation in the world. This network is responsible for one of the most essential arteries of the global drug industry, yielding hundreds of millions of dollars a year. According to a report from the United Nations Office on Drugs and Crime (UNODC), Afghanistan is the largest producer and exporter of opium in the world and is responsible for the production of approximately 90% of the world’s heroin.

The degree to which the country today constitutes a major axis in international narcotic operations could be learned from an expert report noting that there are more areas in Afghanistan used for growing opium than there are areas in Latin America used for growing coca plant. In total, more than 400 tons of heroin are produced in Afghanistan each year and the net value of opium exports alone constitutes around 12% of the country’s GNP.

A report presented to the UN’s Security Council states that roughly 3 million Afghani people today are directly or indirectly employed by the drug industry. This is unthinkable as the country’s entire workforce is approximately 8 million people.

The inexhaustible narcotic goldmine, producing huge amounts of money, quickly made the organization reconsider the financial potential at their fingertips. If in the past the Taliban left matters of growing, producing and trading to others and was satisfied to simply collect protection fees – today the organization takes a dominant role in the entire production chain, from its beginning in the extensive opium fields of the Helmand province in the south (where the Taliban has complete control) to its end, where the product is exported, as a drug, out of the country.

“There is no doubt regarding the Taliban’s intensive operations in the manufacture of drugs,” says Dr. Hans-Jakob Schindler, Security Council official in an exclusive interview with Forbes-Israel. Dr. Schindler serves as the head of the coordination team of a UN special task force. This force is appointed by the UN Security Council and is responsible for monitoring the economic and financial activities of many terror organizations, including the Taliban, ISIS and Al-Qaeda. “Wherever you find the Taliban, you will find opium fields and wherever you find opium fields you will find the Taliban. This statement is 100% correct and today the overlap between them now is complete,” asserts Schindler.

Indeed, the spreading of the Taliban’s operations in the drug trade is so great that the line between terror and drugs is almost blurred. In many cases, the Taliban determines their militant priorities according to areas of growth of the narcotic opium plant, testified Dr. Schindler when interviewed: “sometimes we witnessed Taliban attacks against roadblocks or Afghan army positions that at first glance were totally illogical, military wise. However those attacks were very logical, to someone whose goal is to move drugs around the country.”

First Pakistan, then the World

As Dr. Schindler stated, the Taliban uses all means at its disposal, including attacks initiated at strategic crossings, negotiations and even bribes – all in order to move the unprocessed opium from the Helmand province in the south to the refining and manufacture laboratories in the north-east of the country. From there the material, now in the form of the heroin, returns to the south of the country, and is exported to the entire world, mostly via Pakistan, Iran, and other central Asian countries. And so the Taliban runs the whole production chain: beginning with farmers growing the opium through to the drug manufacturers (that produce heroin), to drug traders (that smuggle the product across the country’s borders) – all of which yield considerable income amounting to about 400 million dollars a year, according to UN sources.

As much as this sounds like a huge sum, this is only half of the total income produced by the Taliban. An important additional piece in their rich and varied financial system is their pirate mining of minerals, namely copper and iron. Here too, the terror organization exploits the country’s natural resources, as well as the territories and populations over which they yield power, in order to rake in as much profit as possible.

Abductions and collection of ransom constitutes an additional source of income to fund Taliban operations. In 2016, 1,673 people were abducted in Afghanistan – the vast majority by Taliban operatives. Finally, a further significant source of income for the organization comes from donations, mostly from wealthy Saudi sheikhs and philanthropists. According to a study conducted by the New York Times, the Kingdom of Saudi Arabia is among the heavy funders of the group. Although the government in Riyadh officially supports the Afghani government and the American task force in the country, in practice, the Saudi authorities turn a blind eye to the increasing amounts of money flowing from the private accounts of the wealthy.