Primary goals: armed conflict against the state of Israel, establishment of Islamic-Palestinian from the Mediterranean to the Jordan River.

Area of activity: Gaza and the West Bank. 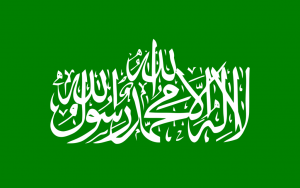 Last June marked ten years anniversary of the Hamas movement’s control over the people of Gaza. Looking back, it seems there is no cause to celebrate. A special report recently published by the UN allowed a glimpse into an intolerable life in Gaza under the mismanagement of Hamas and points to a dizzyingly escalating humanitarian crisis. The failing development of the Gaza Strip, stemming from the Hamas leadership’s use of resources first and foremost to serve their militant needs, has continued to deteriorate in recent years, faster than previously predicted. The three rounds of fighting waged by the terror organization against Israel since 2007 left the destruction of vital infrastructure throughout the Strip that has not been rehabilitated since. The water reservoirs are empty, there is a shortage of medicine and medical personnel, and electricity is supplied for just a few hours a day. Without electricity, hospitals and clinics are forced to rely on generators but the fuel runs out quickly, putting many patients at grave risk. According to a summary in the UN report, if the current situation persists, by 2020, the Gaza Strip will be unlivable.

In light of this, Hamas leaderships’ recent decision to turn Gaza over to the Palestinian Authority comes as no surprise. The group will give up its control over border crossings and will slowly transfer authority and management over to the PA. Hamas meanwhile is looking northwards, aspiring to develop the Hezbollah model – to leave tedious matters of logistics to state authorities and to focus on its core of militant-terrorist activity.

Major-General (Res.) Amos Gilad, former head of the research branch of the Military Intelligence Directorate and coordinator of activities in the territories, have similar predictions: “There is no doubt that Hamas aspires to develop a model similar to that of Hezbollah in Lebanon. The PA will be at the crossings and they will be in Gaza. The PA will take care of sewage, unemployment, water, electricity, and they will take care of tunnels and weapons. Why should they invest money in Palestinian welfare? From their perspective, it’s a waste of money,” emphasizes Gilad.

The security intensification that came with Hamas assuming leadership of Gaza brought with it immediate economic mayhem. A stream of over 100,000 workers that entered Israel daily and provided livelihood for hundreds of thousands of people in the Gaza strip, has almost entirely stopped. According to the World Bank, the current rate of unemployment in Gaza is the highest in the world and stands at over 40%. Among youth, the rate rises to about 65%. The average income in Gaza is $1,800 per capita, among the lowest in the world. Electrical infrastructure and the factories that were destroyed in fighting, as well as the gross lack of raw materials (those that are not redirected by the heads of the organization to rebuilding tunnels), paralyzed production which currently amounts to furniture production, growing tomatoes, and fishing.

Restoring infrastructure is evidently not a top priority for Hamas which, according to intelligence experts’ assertion, invests most of its resources in rehabilitating its military capacity. This is based primarily on findings such as those demonstrated by the last UN report, that indicate the flagging development and poor rehabilitation of the Strip’s infrastructure despite the fact that over the last few years, over 7 tons of cement, gravel, concrete and iron entered Gaza that should have been sufficient to build 14 towers such as the Burj Khalifa – the tallest building in the world today. This is especially troubling in light of at least 100,000 people in Gaza whose homes were destroyed and are still considered displaced persons.

But despite the catastrophic situation of Gaza, Hamas is managing to generate numerous funding sources from the impoverished population there, bringing in tens of millions of dollars each month. As the sole governmental authority (at least for the time being), Hamas imposes different taxes and levies on consumer goods and products entering the strip such as cigarettes, gas, and vehicles, and collects licensing fees for cars, motorcycles, and even carts. On cigarettes, for example, Hamas collects a customs tax of up to 50% which provides the terror group with, according to estimates, nearly $10 million monthly. Importers owe a customs tax of 50 shekels on every electrical item, $25 average on every ton of fruits and vegetables and up to $80 on imported toys.

Every truck that crosses via Salah al-Din, the main vein for transportation in and out of Gaza, is charged a tax of 100 shekels (rougly $25), the transfer of a suitcase via one of the illegal tunnels that still operate at the Egypt-Gaza border costs $80, and importing furniture from Israel comes with the “customs” tax of no less than $200. Hamas even has a land authority that collects a purchase tax of 17% on every real estate transaction carried out under its control.

The sophisticated and elaborate tax network redirects significant capital flowing into Gaza as aid. This, for instance, is how Hamas collects taxes on the money-changing companies that convert the foreign currency to shekels, pocketing tens of millions on the way. In addition, Hamas runs hundreds of businesses monopolizing a variety of fields from real estate to security, banking, and even hotels and tourism.

Consideration of the difficult circumstances of Palestinians living in Gaza and the rapidly deteriorating living conditions are not in the interests of Hamas – on the contrary. Cruelly and ironically, in recent years, despite the increasing crisis for the residents, Hamas raised the taxes and refined its collection mechanisms, which currently include taxes of a thousand dollars per year imposed on cafes, restaurants and hotels. In the past year, revenues from taxes have nearly doubled according to data from COGAT (the Coordinator of Government Activities in the Territories), and Hamas currently makes $25 million monthly from taxes alone.

According to various sources, these huge sums, often described by Hamas members euphemistically as “solidarity taxes”, are mostly channeled into the salaries of about 40 thousand Hamas operatives and security personnel, as testified by Hamas member of parliament, Ahmed Abu Halifa, in an interview he gave to the BBC. “We will not impose taxes on flour, rice, sugar or medicine,” he said, declaring that the raising of taxes on other products “will benefit the residents of Gaza and especially the government officials and members of the security service that need the money to feed their families.” It is not at all certain that the other 1.7 million Gazans live under the burden of heavy taxes and struggling to survive will find any comfort or “solidarity” in this.

Along with taxes, hundreds of millions of dollars flow in to the organization’s account each year as private donations from business owners or various societies from all over the world. The biggest current funder of Hamas is, not surprisingly, Iran, who along with Qatar has committed to contributing large sums of money to the tune of hundreds of millions of dollars a year. In order to ensure that (‘God forbid’) not all the money goes to the rehabilitation of Gaza and improving its residents’ welfare, the regime in Tehran has specifically allocated a significant sum from its contribution to support Hamas and its military arm’s activities. According to security sources from Iran, this allowance is 70 million dollars a year, and is responsible for nearly half of the military wing’s budget.

There is no doubt that once the power has been completely transferred to the authority (if it is indeed completely transferred), there will be significant cuts to the money infusion in to Hamas – but it is important to remember that at the same time, the terror organization’s costs will change radically, and in terms of their finances, they will be able to focus on funding their terrorist activities. As proven by the huge amounts of money flowing in directly to the Izz al-Din al-Qassam brigades each year, Hamas’ military wing will not go without funding or keen sponsorship.