Primary goals: the liberation of Kashmir from India and unification with Pakistan under Islamic rule. The collapse of the Republic of India and all-out war against the Crusaders and the Jews.

Area of activity: global contacts and active network in Southeast Asia, primarily in Pakistan and Afghanistan.

Strength: some thousands of members. 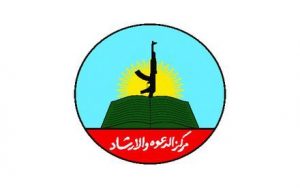 Despite the intensive activity waged against them, the Pakistani terror organization continues to initiate frequent attacks against the Indian military forces and the local population – mainly in the state of Jammu and Kashmir, which is situated at the heart of the long conflict between India and Pakistan.

Apart from the planned ambushes set up by operatives against the Indian army in Jammu and Kashmir which include shooting, shoulder-fired missiles and suicide bombings, the extreme organization also operates a comprehensive system against the coalition forces in Afghanistan, while the statements of the Jihadist organization include Israel among its enemies, alongside India and the USA.

Lashkar-e-Taiba (“army of the righteous”) is considered to be one of the dominant organizations in southeast Asia and the religious group’s end goal after the liberation of Kashmir from the hands of the Hindu enemy, is to establish Islamic rule, to apply Sharia law and to establish an Islamic Caliphate similar to that established by ISIS in Syria and Iraq. Their global aspiration, as declared openly, is the complete destruction of the Republic of India, and the elimination of Hindus, Christians and Jews, whom they call “the greatest enemies of Islam.”

In the not too distant past, the murderous organization initiated and planned a series of acts of sabotage and showy terror attacks that claimed the lives of hundreds of people, including a series of mass attacks in Kaluchak in Kashmir in 2002, in Delhi and Varanasi in 2005, and in Mumbai in 2006. Particularly keenly remembered is the lethal coordinated attack that the organization launched in Mumbai in November 2008, in which simultaneous attacks on dozens of tourist destinations were carried out, including at a Chabad house in the city, and 173 people were killed, among them 6 Israelis.

According to the US State Department, the Lashkar-e-Taiba organization relies heavily on the Pakistani diaspora (with most capital flowing in from communities based in the Gulf States and Britain), and aid funding from business people, Kashmiri tycoons and Indian mafia. Additionally, many millions are funneled into funds and charities that operate under the organization’s aid arm, which they use to garner support and sympathy from among the local population.

Lashkar-e-Taiba maintains training camps for its fighters, along with schools, daycares, welfare institutions and clinics all over Pakistan and is active in Afghanistan as well. Most of the fundraising to the charity and welfare funds (in which, as usual, nobody knows where the line is between funding charity and terror) is done publicly, through publicizing extensive campaigns through the Pakistani media.

n addition, according to some estimates, the Pakistani terror organization continues to receive generous financial support from Pakistani officials.