Primary goals: global jihad war against the Crusaders and the Jews, and the formation of a united Islamic front against Western-secular forces. Establishment of an Islamic caliphate in Iraq, Syria, Jordan, Lebanon and Palestine.

Area of activity: worldwide – primarily in Iraq and Syria. 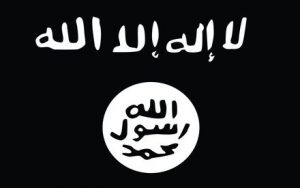 Exactly three years after Abu Bakr al-Baghdadi, the spiritual leader and founder of ISIS, delivered his famous victory speech at Friday prayers on the steps of the ancient mosque in Mosul, it appears that the tables have completely turned. The iconic ISIS victory, which served as a stage for the “father of ISIS” who declared the establishment of the first Islamic Caliphate since 1924, has become symbol of his downfall when the coalition forces of the Iraqi army took back the al-Nuri mosque or, more accurately, its ruins. A moment before their retreat, the organization took care to decorate the historic and holy mosque with hundreds of kilograms of explosives and blast it to its foundations. Thus the Iraqi army’s victory was marred and the Prime Minister Haider al-Abadi made do with a “victory tweet” on twitter in which he declared the ‘end of the false state of ISIS’.

The final declaration of the total liberation of Mosul came two weeks later. Occupation of al-Raqqa, the capital city and center of economic and political operations of the Sunni terror organization, came one month later. The city Deir ez-Zor, one of the organization’s last strongholds in Syria and a major source of income also fell, and its conquer marked another milestone in the collapse of the Islamic State. Al-Baghdadi was either killed or escaped to his homeland Iraq. Even if his ultimate demise is yet to come, his tenure is definitively over.

The recapture of the city Deir ez-Zor from ISIS was not just the loss of a strategic stronghold but the loss of an important source of income. Deir ez-Zor, which lies on the Western banks of the Euphrates, is the largest and most important city in Eastern Syria and is the center of the country’s oil industry as well as a fertile agricultural zone. With this perspective, ISIS’ major losses of territory are a fatal economic blow, as serious as the powerful political blow they have suffered. The rate of the Islamic State organization’s territory loss has been so rapid that it is hard to commit to writing while remaining up to date.

As of now with the occupation of the town Rawa, the organization has lost its last urban stronghold in Iraq and those who controlled a third of the country have been almost entirely eliminated. Getting rid of any remnants of their control is just a matter of time and considering the great power they held until not long ago, this is a remarkable collapse. At its peak, towards the end of 2014, the Islamic State was spread over an approximately 100,000 square kilometers – almost five times the size of the state of Israel or larger than South Korea – and under their oppressive rule at the height of their power were living 10 million people.

Three years ago, precisely at the height of ISIS’ military and political power, their annual income stood at a sum of around 3 billion dollars (to illustrate, this is double the annual take of Check Point, the flagship company of Israel’s economy). As an organization that was established only several years prior, having disengaged from Al-Qaeda terrorists, such a meteoric leap from nearly zero independent income (it was then financed primarily by donations and aid funds), to netting billions of dollars, was a wholly unprecedented financial achievement. In a comprehensive investigation, the first of its kind, that ranked the ten richest terror organizations in the world and was published by Forbes, ISIS was in first place and was titled the richest terror organization in the world and in the history of terror as it is known today.

Within a short time, the Islamic State organization transformed from an Al-Qaeda supported off-shoot, aided by charitable donations and external assistance, to an economic empire, running a sophisticated and well-oiled financial network bringing in millions. The basis for its speedy money-making (as with many similar examples in the Middle East) came, unsurprisingly, from one major factor – oil. With its swift occupation of much of Iraq and Syria, the Sunni organization came to control many oil and gas fields, which according to estimates in their heyday constituted about 60% of Syria’s oil reserves and seven of Iraq’s important oil and gas reserves, including the country’s largest refinery. Through use of the pirate oil smuggling system that was developed during the decades-long global boycott against Saddam Hussein’s regime, ISIS, according to estimates, sold tens of thousands of barrels of oil on the black market daily, bringing in about $2-3 million a day, amassing to nearly a billion dollars a year – from oil alone.

But this source of quick income soon became ISIS’ point of weakness. The intensification of the fighting against them and the harsh daily battles on the ground eventually led to the loss of extensive territory, including loss of control over fields of oil, gas, and precious mineral deposits. The organization suffered massive air raids by the coalition forces (attacks deliberately focused on the oil reserves) which added further strain and ultimately brought about the dwindling of profits from the organization’s primary source of income.

Soon afterwards the prices of oil collapsed, plunging from 110 dollars per barrel at the beginning of 2014, to less than $30 per barrel in 2016, further slashing the organization’s profits. ISIS’ monthly income from sales of oil and gas that in 2014 stood at an average of $130 million, fell sharply and now, according to data published by research firm IHS Markit, they make only $4 dollars a month – a drop of 97%(!).

Income from oil and gas, which constituted the main source of ISIS’ wealth, was not the sole source of capital in their financial system. Taxes, ransom, protection fees and robberies of banks and antiquities became important components of wealth accumulation, with the organization’s criminal mentality serving as an effective tool in achieving this aim. As the only governmental authority in villages and towns under its rule, ISIS collected taxes and protection fees from the occupied population; from taxes imposed on use of infrastructure (roads, electricity, water, telephone, etc.), on goods (cars, phones, fuels, food), to protection fees collected directly from business owners in exchange for security.

To this end, the organization transformed the great bank in al-Raqqa into the central bank of the Islamic State, which served as a means of collecting and clearing taxes and debts imposed on the residents. According to estimates, the money flowing into the organization from taxes and protection fees came to millions of dollars annually. But loss of control of the population it controlled until recently naturally brought about a drop in this source of income. According to data from IHS Markit, before losing its control, this year ISIS managed to bring in about $8 million monthly – a negligible sum compared to the tens of millions of dollars a month that it was netting just a year or two ago.

Apart from the large energy reserves that they controlled and the coercive mechanism for collecting protection, ransom and taxes for their own profit – ISIS also conquered vast agricultural lands, factories, power stations, dams, and other strategic facilities – which added greatly to their power and economic strength. In addition, the organization held vast territory in the 5 most fertile agricultural districts in Iraq that control about 40% of the wheat crop and various types of grain grown in the country, which in total, according to estimates by agricultural experts, amounted to 30% of the local agricultural market under ISIS’ control.

All of this was lost when the organization withdrew from the large areas that it held. According to estimates, the deadly terror organization lost over 90% of their income in the last three years alone, from about 3 billion dollars in 2014 to only 200 million dollars this year. While the loss of the enormous territory that spread over tens of thousands of kilometers and losing control over millions of people has constituted a morale, military, and political blow to the idea of the Islamic State, it is most of all a fatal economic blow to the realization of their insane vision.

As of now, the organization is battered and weakened, and the pressure on them from the coalition and the superpowers is increasing from one day to the next. But even with “the end of the false ISIS state”, as Al-Abadi called it, the idea itself is still very much alive and beating in the hearts of the masses. The terror state established by the Islamic State organization has no real borders and its great achievement (tragically) is not measured in the areas that it occupies, but in the minds that it conquered and even if the Jihadist organization was defeated, the Jihad idea is very far indeed from meeting its end. According to experts, ISIS is presently undergoing a transformation and reinvention as a larger, umbrella organization, just as Al-Qaeda did before them.

In the coming year, ISIS will return to its original financial standing, and will be supported again primarily by ransom payments, donations, and external aid to finance its guerrilla activities. As such, it is important to remember that this renewed goal does not require billions of dollars. The capital accumulated in recent years, being used very effectively, is enough to continue to fuel the global holy war. The organization’s ideology that galvanized millions of believers into action will continue to push their supporters in the bloody global struggle. From this perspective, the current victory over ISIS is just one battle in a long, exhausting and ongoing war.